Stoking the Spitfire- What Girls (and Boys) Need Us to Do 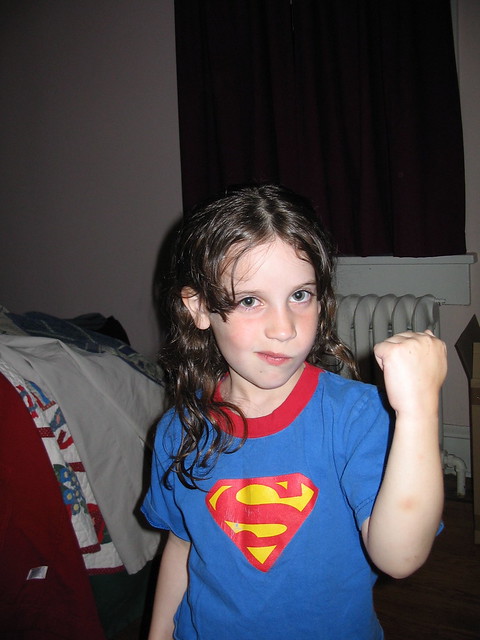 What happens to little girls as they grow up? Or maybe I should ask what happened to me?

The latest news of a candidate’s leaked video/misogyny-on-display figuratively strapped a headlamp on my head and sent me deep into the crevasses of the fifty-two years of my life, mining for reasons it felt so icky-familiar. But I hadn’t experienced anything like that, right? I asked myself. Certainly not an assault. Just lewd words now and then. That’s all. So why did it strike such a chord? Was there something I had forgotten?

It was Rest Time in kindergarten when Robby pulled his mat next to mine. We were bored, I guess, so he taught me to play Alligator. He’d open his mouth wide and I’d reach my pointer finger in between his jaws, like bait swimming right in between those jagged teeth. He’d blink his eyes and I’d QUICK pull it out, right before he snapped his alligator mouth shut. Then we’d trade. I’d be the alligator and he’d be the bait.

“Watch out,” I whispered. “This alligator is hungry!” I opened my mouth wide.

“You wouldn’t really bite me because you’re JUST A GIRL.”

Apparently my alligator teeth were nice and sharp, because Robby screamed and squealed and sobbed and wailed. This earned me a spanking in front of everyone. “What a pretty dress you have on,” I remember the teacher saying as she put me right side up. “Did your mother make it?”

So what happened in the in-between years? What happened to me before sixth grade when I’d walk home from the bus stop with our neighborhood gang, mostly boys, who loved to pop my bra strap and laugh about it, even when I told them to stop? I noticed that they didn’t bother the other girl walking with us, but she was cooler than I was and didn’t wear stop sign glasses. It’s probably the glasses, I thought. And maybe because I’m quiet and don’t laugh at their jokes.

My memory pick axe found other things too, like the three different times some guy decided to exert his power over me by exposing himself to me, once when I was newly licensed and driving down Blue Ridge Road, once as I sat trapped by him in a study carrel at the library, and once in college while I was jogging at midnight with a girlfriend of mine. “We shouldn’t have been jogging this late,” I remembered saying as we caught our breath. “Why?” she said, irate. “Doesn’t the campus belong to us too?!”

Then there was the time I needed to meet with a chemistry professor for extra help, and had to sit at his desk below a mobile of unwrapped condoms, beside a obscene pencil sharpener, of which he wanted to know my opinion. I think I laughed it off and redirected us back to the questions at hand. What else could I do?

That same year, I met my husband, Todd as he, the Resident Director of our dorm, had to tell me why the EMT’s were wheeling my new college roommate out of our dorm room to an ambulance one Wednesday night. She had taken an overdose of sleeping pills after a date rape.

I have more stories, and I bet you do too. The stories make me mad that we deal with this stuff, that other men and even women say it’s no big deal. They also make me want to add something to my job description…

Are you one too? Someone who helps little spitfires grow into grown up spitfires, (minus the biting, of course) unwilling to put up with abusive, disrespectful, dangerous nonsense. Someone willing to say STOP and THAT’S NOT FUNNY and YOU CAN’T DO THAT. NOT TO ME, NOT TO HER.

May we teach our children what treasures they are, how beloved and deserving of respect and honor. And may we call out those who shrug their shoulders and say No big deal. It is a big deal. I’d say it’s huge.