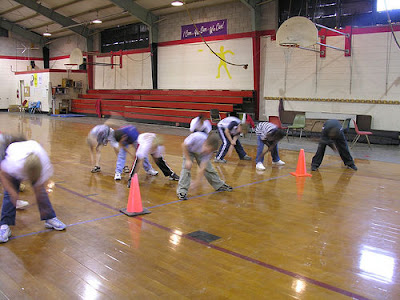 At first, Howard seemed to be a thorn in my side.
“You’re just not here enough,” he said the minute I walked into the gym. “This should be a full time job. Not part time.”
“Hi Howard,” I said, stringing the whistle around my neck as I surveyed the thirty or so homeless kids playing four square. “I know you’re right, but what can I do?”
Howard shook his head and harrumphed.
“How are things going today?”
“Fine,” he muttered and jogged back to the kids, lunging for a stray ball as he called out directions.

Howard could be ornery at times, but now as I think back on that summer of 1988, I wish I had realized then how AMAZING he was. He had spent his entire career teaching PE to elementary school kids, and now in his retirement, he certainly deserved to sit on the bench for a while. To drink lemonade and watch other people sweat.

Yet there he was, along with a team of senior citizen volunteers. And thank goodness for them! When Lynn, our pastor at Calvary Baptist, came up with the idea of using our space to start a summer day camp for the homeless kids of downtown DC, Carol and I had no idea what we were doing. She was a young lawyer, at home with her two little girls, and I was fresh out of my first year of teaching, full of idealism and energy. I had already signed on to teach science camp two mornings a week, but between us, surely Carol and I could manage the program.

We could, but barely, and only because of the retirees who made the daily commitment to drive into downtown DC and give their time and lives to these children, many of whom needed every speck of energy the volunteers had. They taught them to do crafts, they told them Bible stories. They fed them snacks and lunch, and then let them sleep on their laps during the afternoon movie. They even walked them downtown in the blazing heat to museums they had never been to, even though their shelter was just a mile or two away.

The children absolutely loved Howard Sorrell. And he loved them and wanted the best for them, enough to pester us, to make sure we gave them 100% of whatever we had.

A couple of weeks ago, I heard that Howard died. He was eighty eight years old. Can you imagine how many lives he touched in all his years of teaching and volunteering? I hadn’t thought about him in years, and then I stumbled upon this beautiful essay, and I could hear his voice again and the squeak of his shoes on the gym floor. 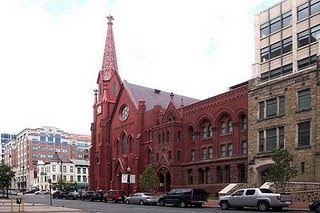